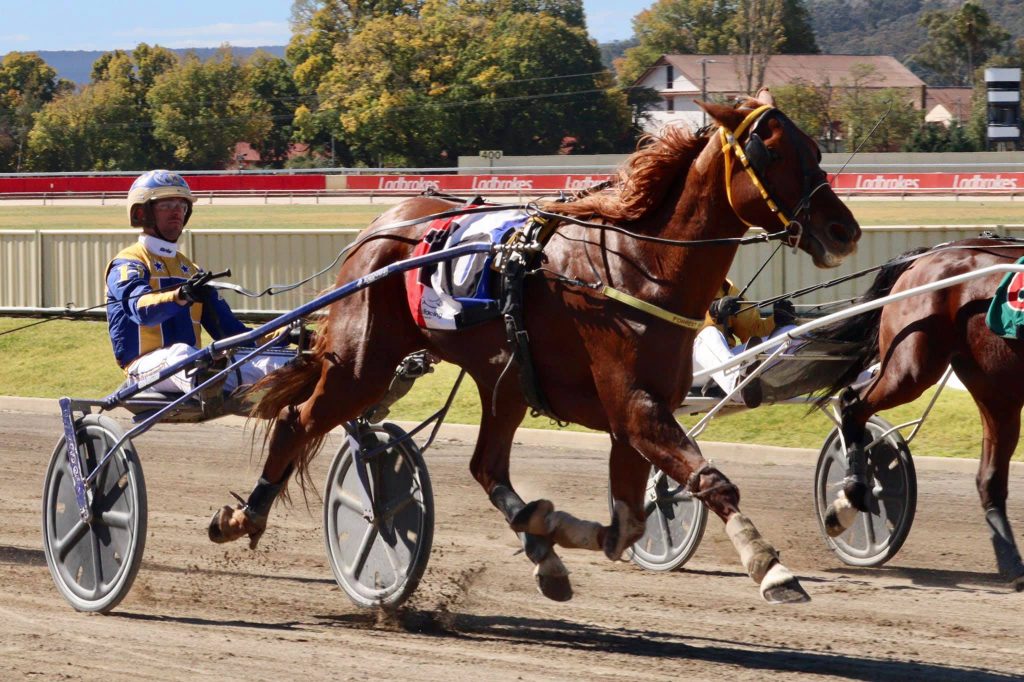 Last Friday, local trainer Grant Forrest trained five of the nine runners in the opening race at the Goulburn Harness Racing Club, with three of them passing the post first to give Forrest the trifecta.

Forrest took the reins himself on the second-place getter Chateaubriant, who worked forward to find the front and just get run down by the stablemate Orlando Storm over the concluding stages.

Talented siblings Cameron and Ashley Hart took the reins on the other successful runners, with Cameron driving Orlando Storm to victory and Ashley getting Sally Em home for third.

“I thought Orlando Storm would be hard to beat and I knew if Chateaubriant and Sally Em behaved they’d go close as well,” Forrest said.

“I always drive the one with the worst manners and Cam’s (Hart) one of the classier drivers in the country not just the state so I put him on the better ones.”

With a team of around 10 trotters consistently in work, Forrest is looking forward to the $10,000 Up To 65 Trotters race sponsored by Yabby Dam Farms that is currently in the works to feature at Goulburn in the near future.

With the finalisations still taking place, Goulburn Harness Racing Club is hoping to host the race at one of their meetings over the next six weeks, with a free service to Swedish-bred stallion Dream Catcher going to the winning connections.

“I made a deal with Pat (Pat Driscoll owner of Yabby Dam Farms) and Dream Catcher’s going to stand up here to give NSW trotters a chance to go to a nice stallion and I think he’ll do a good job,” Forrest said.

“His oldest stock are only two-year-old’s and he’s already had one winner and one qualified from only five.”

The organisation of this race as well as Dream Catcher standing in NSW is a great step forward for the ever-growing trotting community.

“The small group of local trotters is growing and the clubs are happy to keep supporting the trotters and programming the races while they’re standing up,” Goulburn Harness CEO Mark Croatto said.

“It’s been fantastic that the Goulburn and Canberra clubs have been putting on trotting races,” Forrest said.

“The trotting gait is improving and expanding as well and I think there’s three or four trotting stallions now in NSW, whereas a few years ago I think you’d be lucky to find one.

“Today at Menangle there are more trotting races than pacing races, I think that would be a first.”