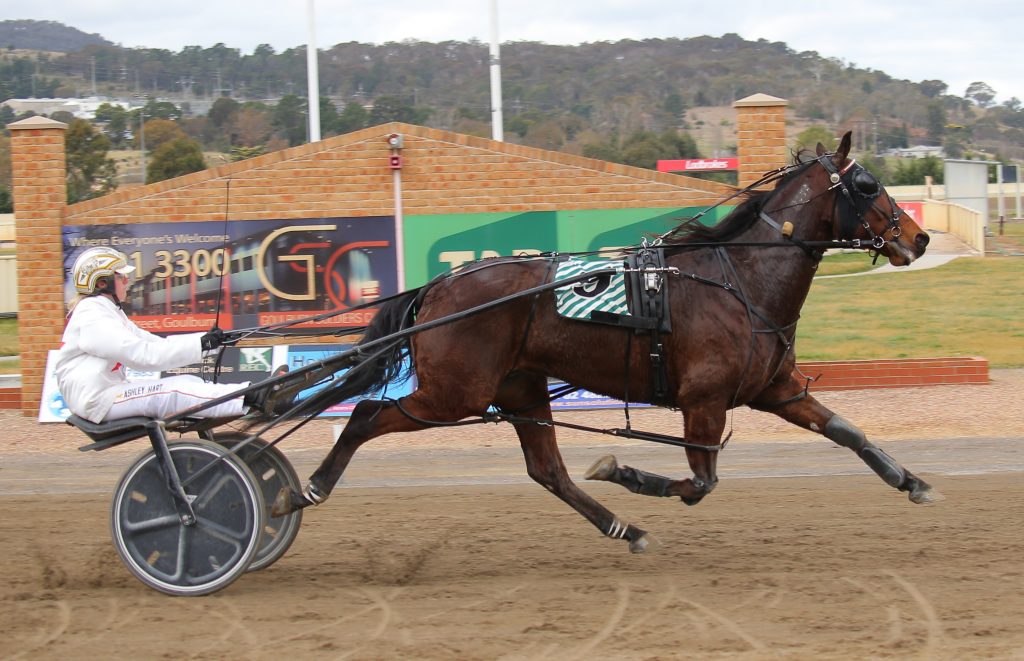 The thrill of winning was nowhere more evident than at Goulburn last Friday as the Phil Willis trained Bently Bullet broke through for victory in the Southern Highlands Equine Centre Pace.

A 5-year-old Major In Art gelding, Bently Bullet was driven by former Riverina reinswoman Ashley Hart, and after drawing inside of the second row in gate 9, settled in last place as the race got underway.

Travelling kindly at the back of the field, Hart commenced a three wide move passing the 400 metres mark and then moving wider up the track, Bently Bullet swept to the lead as they entered the home straight.  Racing clear from the pack, Bently Bullet went on to win by 6.9 metres from Yankee Dancer and Nighwatch Star in a 1:58.9 mile rate.

Racing for total stakes of just $5,999, it made little difference to the 50-year veteran trainer as the path to this victory had been long and problematic.

“Very pleased with the win” said the quietly spoken and reserved trainer. 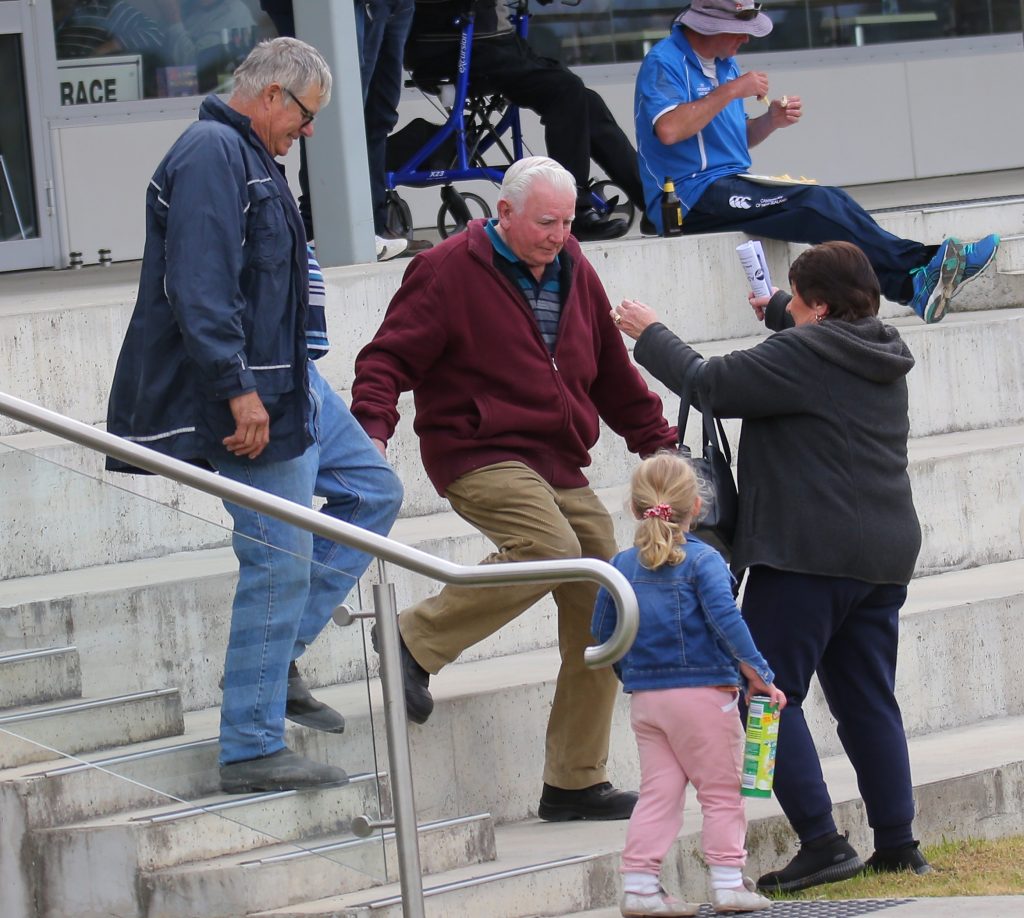 As a young horse, Bently Bullet had promised much but a persistent problem with neck itches and rashes had prevented him from realizing that promise.

Eventually diagnosed as Onchocerciasis, better known to some as the reaction to the microscopic larvae of the Neck Threadworm which itself can grow up to 30cm in length and lives in the neck of the horse, the Willis’ are now hopeful Bently Bullet is back on track following his recent good form which included a fast finishing third at Menangle yesterday (Tuesday 25 May).

“Bently has never been right; quarter cracks and all the usual difficulties horses have, and this worm which also affects their lungs has made it very difficult for him” said Kay Willis who part owns the horse.

“We were thrilled with Friday’s win; very, very happy and hoping he can keep it going now that he is much better in himself” added Kay. 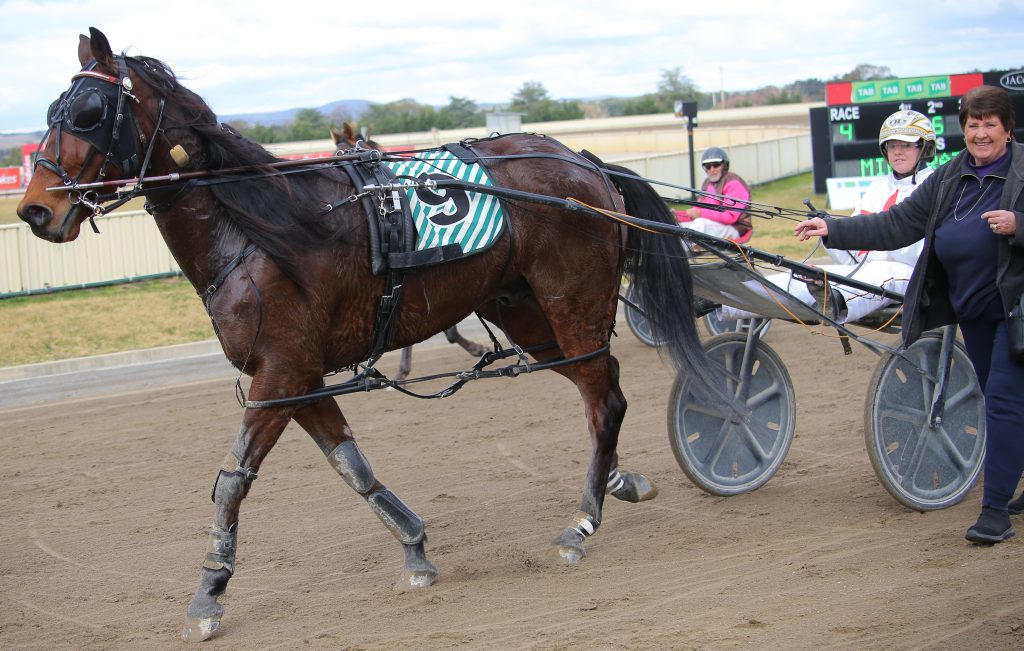 The Willis couple who was originally from Menangle has been located at Windellama for the past 18 years.  A locality situated about 30 minutes south east of the Goulburn Paceway, Phil and Kay have been training a couple of horses while dabbling with a small herd of cattle.

“We’ve only always had two or three horses in work, but when we moved to Windellama we branched out into cattle.  We a had a bull and about thirty (30) cows” said Kay Willis.

Following drought and bushfires, the Willis’ have cut back their cattle herd to six (6) and a bull, and the standardbreds consist of Bently Bullet and a yearling half sister by For A Reason which Phil is presently breaking in.

“Phil has been at it for 50 years now, so these and a couple more we will breed out of his mother will probably see us out” said Kay who personifies the grass root level participant.

The Goulburn club next races on Friday the 4th June when it hosts the $10,000 Goulburn Sapling Stakes and the $10,000 Haras Des Trotteurs Mobile.