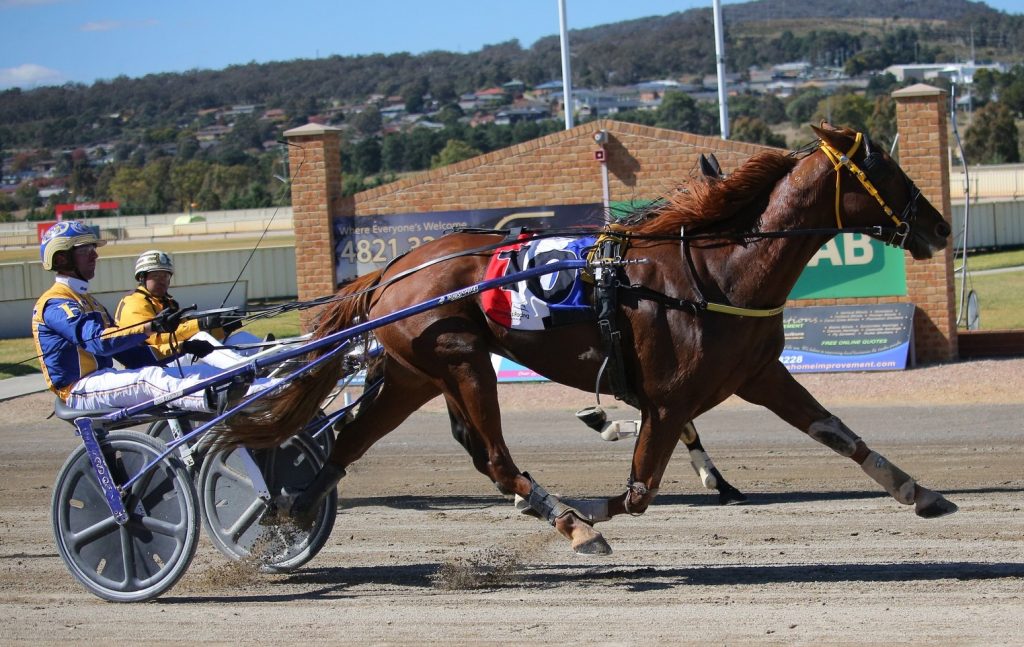 For many years the NSW trotting scene has been centred around Menangle, but more recently a small and dedicated group has established on the Southern Tablelands and with trotting on the rise, races have been regularly contested at the Goulburn and Canberra harness racing clubs.

While the stables of the Day families have on some occasions included a trotter, it wasn’t until the arrival of Steven Lee that local trotting numbers really began increasing.  Situated at Laggan, Steven maintains a stable of trotters which presently numbers eight along with one pacer.

“We moved from Menangle and set up here about 20 years ago” said Lee on his move to Laggan, a hamlet near Crookwell atop the Great Dividing Range.

“I’ve got eight trotters in work; I just like them” Steven said.

As to the future of the Lee stable, Steven added “I’m getting on now but Jimmy (James Locke) is pretty keen, so we’ll keep going while ever he is here”

In 2019 Grant Forrest relocated from the Riverina to his Mount Fairy property to be closer to family and the trotting hub of Menangle.

Situated between Goulburn and Bungendore, Grant mixes training with managing a horse stud and stands the well performed trotting stallion Yankee Spider at the family-owned Forrest Stud while training a team of 12 trotters.

Grant is another who simply likes the trotting gait.  “Growing up dad’s stable was 50/50, but we always had more success with the trotters.  They are a natural gait and we just love them” said Grant.

With the trotting numbers on the rise, other smaller stables have been encouraged to diversify.  “My oath, the races standing up is a big incentive to get one because it is too far to always travel to Menangle” said Crookwell trainer Daniel Rowell.

Rowell has two trotters in the stable and is looking forward to when juvenile trotting races may be programmed.

And, in acknowledgement of the rise, the Goulburn Harness Racing Club has programmed a $10,040 trotters mobile for their Friday 4 June race meeting at the Goulburn Paceway.

Pat Driscoll of Yabby Dam Farms, who stands a number of international trotting stallions under the banner of Haras Des Trotteurs, has generously come on board to support the Goulburn Club.

Contested over the 2240 metre journey and restricted to horse NR up to 65, with two claims allowed, the Haras Des Trotteurs Trotters Mobile will be conducted as a co-feature on Goulburn Sapling Stakes race day.

For the winning connections, the Haras Des Trotteurs Mobile will also carry a free service to the Driscoll owned international trotting stallion Dreamcatcher (Swe) who this breeding season will join Yankee Spiker standing at Forrest Stud.

By the world class Love You (Fr) out of the star US mare Saorse, Dreamcatcher (Swe) won two of his five starts before retirement.

“NSW trotting can go ahead in leaps and bounds with the availability of a supremely bred, excellent gaited, and perfectly conformed stallion at their doorstep” said Forrest who is excited at the prospect of standing Dreamcatcher (Swe) this upcoming breeding season.

Friday’s race program and conditions can be viewed here