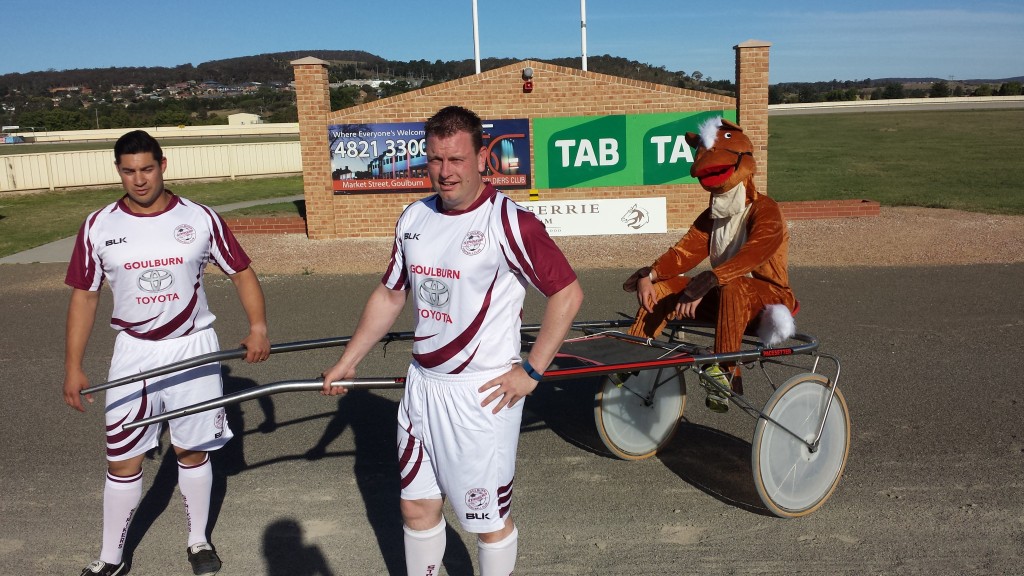 Challenge of the Codes

The Goulburn Harness Racing Club has been rewarded with a super 9 race program for its annual Carnival of Cups race meeting this Australia Day afternoon.  With racing kicking off at 12.06 pm, harness fans are advised to get there early for what promises to be an outstanding afternoon of entertainment and racing action.

“The club’s committee is very happy with the cup field as unlike some previous editions were it was dominated by a star performer, this year’s event is very strong, very even and will hopefully lead to an exciting and hard fought contest” said club secretary Mark Croatto.

Punters are likely to send out Pachacuti and Blazin N Cullen as the favoured runners, however, the preferential barrier draw conditions have ensured their task will not be easy.

In the $18,000 Goulburn Soldiers Club Goulburn Rose Katy Perry from the Shane Tritton stable will be much better suited than when she finished 5th in Tamworth’s Golden Guitar Final on Friday night.  On that occasion the highly promising mare was caught wide after starting from the outside barrier, however in Tuesday’s event she has drawn the coveted 1 barrier and will be a strong chance to lead throughout.

The third feature race is the $10,000 Goulburn Mulwaree City Sprint and in an intriguing event local trainer Dennis Day has drawn barrier 1 with Outlaw Fella who will face stern opposition from other locals Glenferrie Baby for Dennis Picker and Provincial from the Hewitt stable.

Off the course the Goulburn Club has worked with Goulburn High School to bring together a very interesting afternoon of entertainment.  The musical talents of many students will be on show and in a harness racing twist; eight local sporting teams will field a team of two in the inaugural ‘Challenge of the Codes’.

The challenge involves the 2 player teams pulling a harness racing sulky up the Goulburn Paceway home straight.  Racing for prize money of $1000 which will be shared between the winning club and their nominated charity, the event has generated considerable interest and rivalry in recent days.

Children have not been overlooked with a play area set up adjacent to the winning post.  The children’s area will feature a jumping castle, face painting, acrobats and artists, pony rides and a performance by Southern Highlands magician Shane Richards the Magic Jester.

With racing commencing at 12.06 pm gates to the Goulburn Paceway will be open at 11 am.  Entry is only $10.00 which will be donated to Goulburn High School to further the education of children.   We welcome all to come and enjoy a great afternoon of entertainment and encourage you to bring the whole family, a picnic hamper, blanket and umbrella.