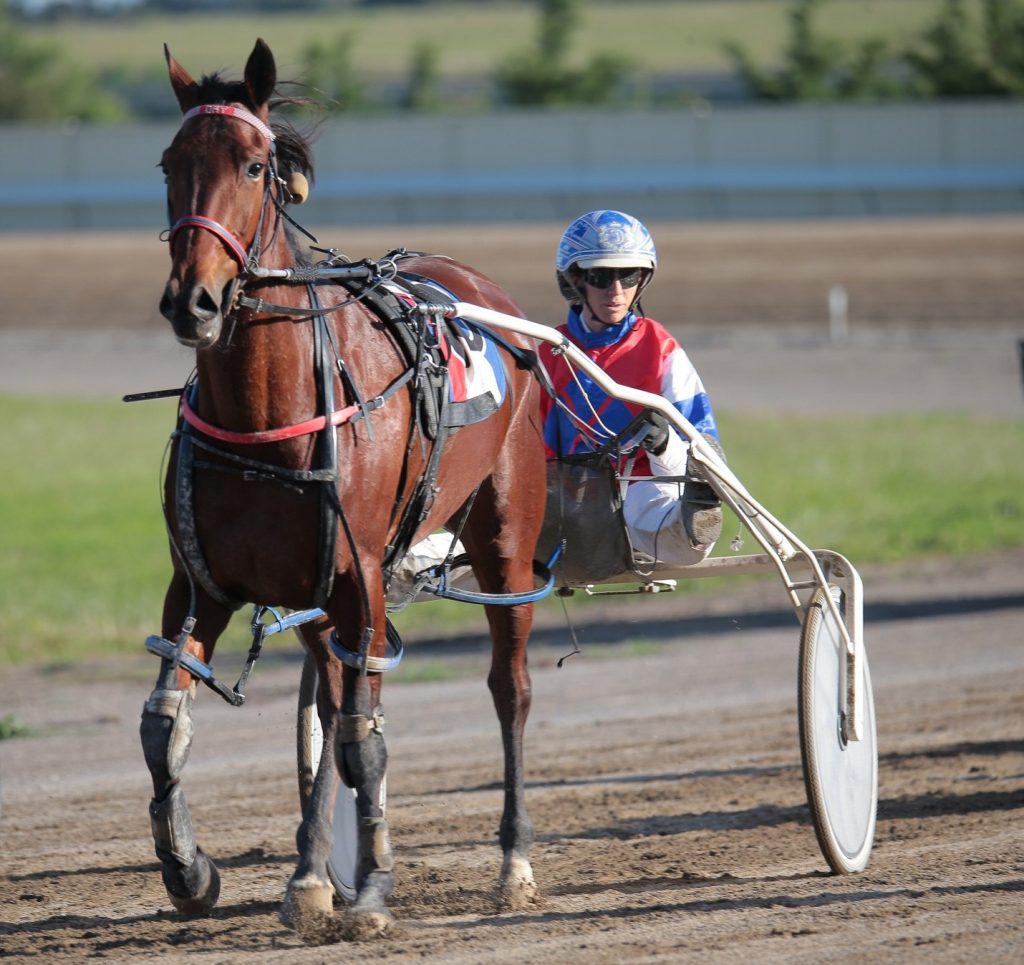 The annual Goulburn Carnival of Cups day will be held Sunday afternoon (17 January) at the Goulburn Paceway.

Featuring the Group 3 $30,800 Goulburn Soldiers Club Frank and Edna Day Goulburn Cup over 2240 metres, the afternoon of racing kicks off at 1.29pm.

Not contested in 2020 due to the NSW bushfire emergency, tomorrow’s Goulburn Carnival of Cups program will be held under polar opposite weather conditions.  A forecast high of 27 degrees, with clear sunny conditions and light winds, race fans could not ask for better.

Held in memory of Frank and Edna Day, Sunday’s cup has drawn together a strong field of fast class pacers.

Frank Day commenced his harness racing career in the 1950s and after moving his growing family to Goulburn in 1969 established a highly successful racing stable.  With high class horses such as Willie rip, Valdas Lad and Come Again, the Day family name was propelled to the heights through the deeds of Miracle Mile winners Friendly Footman and the brilliant but erratic Gundary Flyer.

Frank and Edna’s legacy continues to this day with the construction of the Goulburn Paceway, and many of their 10 children and numerous grandchildren heavily involved in the sport.

On what is the Goulburn Club’s most important race meeting of the year, the cup will see the Craig Cross trained Alta Orlando go out as favourite.  A very consistent fast class horse, Alta Orlando will relish not having to race star pacers like the King Of Swing.

The 9-year-old, who has drawn on the second row, will be driven by Luke McCarthy and is likely to make a mid-race move once the tempo settles.

Local pacer Our Triple Play for trainer driver Brad Hewitt has drawn poorly but comes into the race as the second best performed horse.  He also will need to make a mid-race move and would seem to have a strong chance of finishing in the top four.

While the Day family is not represented in this year’s cup field, the Neil Day stable looks to have a strong hand in the supporting races and will start 5-year-old mare Dancing Chick in the $20,400 TAB Venue Mode Goulburn Rose over 2240 metres.

To be driven by daughter Amy, Dancing Chick was a strong finishing sixth in last week’s Hewitt Memorial over the same distance.

“She was up in class but acquitted herself very well last Sunday” said Day.

In a similar class to tomorrow’s race, Dancing Chick will come from the back in the field.

“We’ve tried to use her from the gate but she gets fired up, so we’ll try and get her to settle back in the field” stated Day.

“If there is plenty of speed on; plenty of pressure, then I think she can get home over the top of the them” Day added.

Likely favourite for the Goulburn Rose is the Craig Cross trained The Croupier to be driven by Luke McCarthy.

The 6-year-old has won 2 of his last 4 starts and most recently took out a Group 3 feature at Menangle recording a 1:50.9 mile rate.  Over the longer 2240 metre distance tomorrow, The Croupier will have to overcome an awkward gate 7 draw.

With great musical entertainment by Goulburn’s own Jamie Agius performing between races, the club invites all to come along and enjoy what will be a tremendous afternoon of racing action and entertainment.

Those attending the Goulburn Carnival of Cups day meeting are reminded that due to Covid the club has had to implement a number of restrictions.  Foremost is the need to sign in by scanning with your mobile telephone the club’s QR code using the Service NSW appp.  To avoid delays, the club encourages all to download the Service NSW app via the Play Store or similar application.  The club’s committee also encourages all to maintain social distancing, to regularly sanitize their hands, and ensure that within the Grace Millsom Function Centre the total number of people at any one time does not exceed 160.

TIPS: 6 Hell Of A Memory, 1 Toldyaso, 7 Major Bracken, 3 Treacherous One