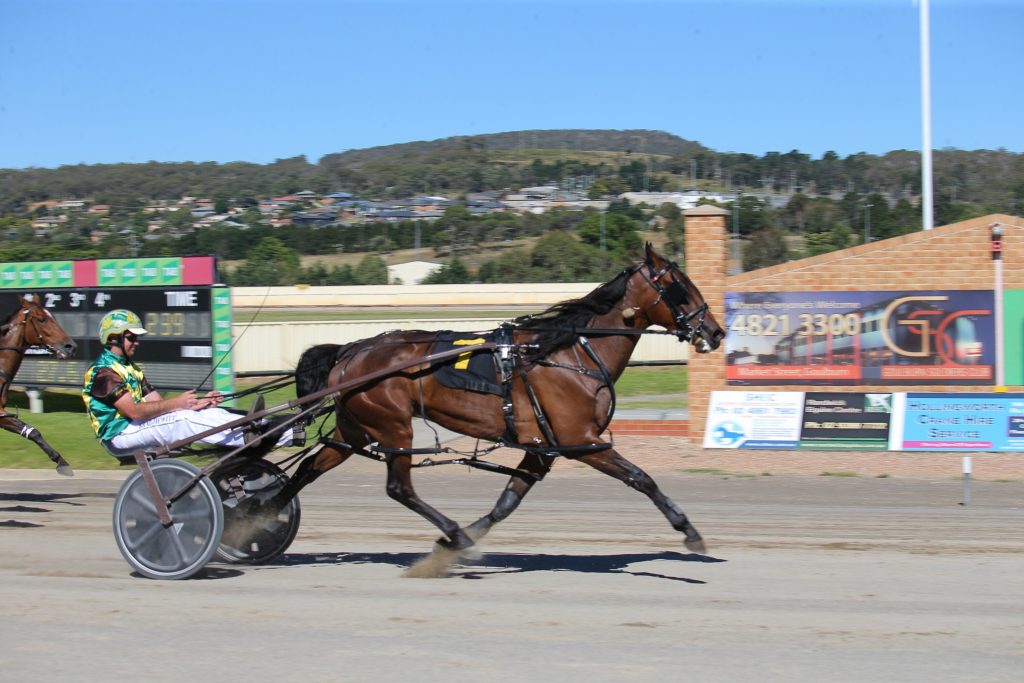 It was a day of celebration for the Hewitt family at Goulburn on Sunday, with the running of the annual Tom & Angela Hewitt Memorial.

Local trainer/driver Brad Hewitt was leading the celebration after notching up his 500th win in the sulky as well as taking out his grandparents’ memorial race.

Starting the day on 499 driving victories, Hewitt had a handy book of steers ahead of him – not that he needed them all with his first drive of the day Im Captain Max NZ successful in providing him with the half-century feat.

“I had no idea, dad said on the way home from Menangle he heard Fred [Hastings] say it before a race on Saturday night,” Hewitt admitted.

“It was good but I don’t worry about that stuff too much.

“I was more worried about winning Nan and Grandad’s race.”

Second-up from a spell, the gelding began steadily from barrier seven to work forward and sit outside of the leader.

Putting on a great display, Rockin Marty stuck on and found another gear when Hewitt asked, pulling away to win by 5.9 metres.

“We always like to try and have something around for it if we can, it’s definitely one of the races on the calendar we all try to have a nice horse for and try to win” Hewitt said.