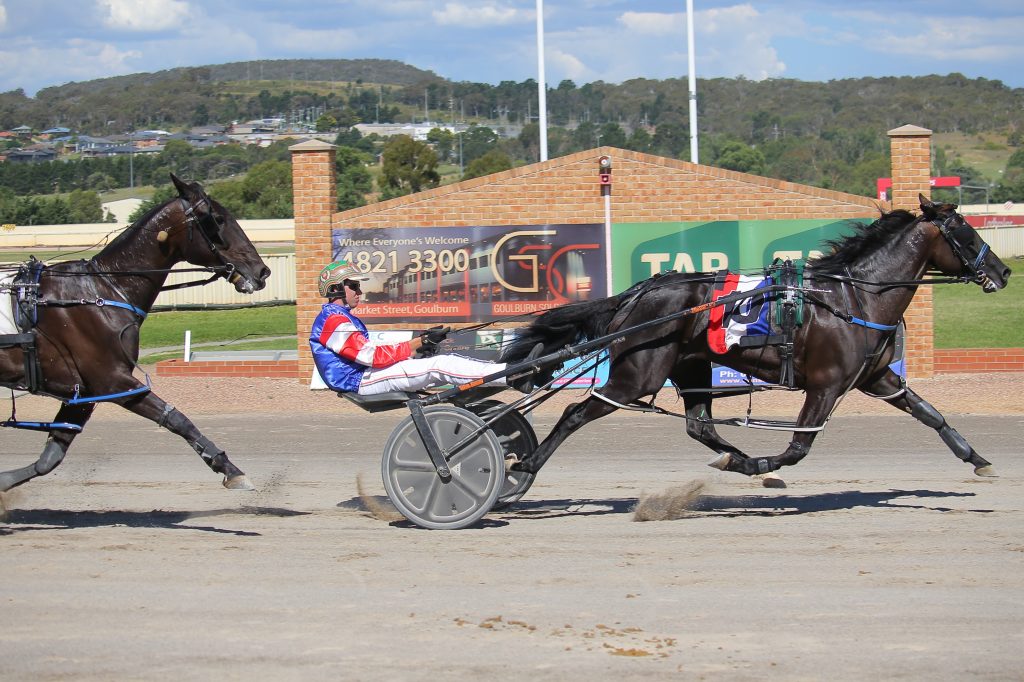 Former Goulburn trainer Todd Day emerged from Sunday’s harness racing meeting at the Goulburn Paceway a winner when Western Belle proved herself the belle of the day as she strode clear for an easy win in the $8,976 Sun Solutions Goulburn Pace.

A 6-year-old mare owned by Graham Kemp of Canberra; Western Belle was a well-supported second favourite having been backed into $4.80 following an opening quote of $8.

The mare started from gate 10, and driven by leading Sydney driver Will Rixon, quickly found the desired one out one back position.

In the run down the back straight, leader Jaccka Lucas for Sam Hewitt tried to break clear of the field in a fast 27.5 third quarter, but Western Belle found plenty when eased out 3 wide by driver Rixon.

Ranging up to the leader as the field approached the home straight, Western Belle charged clear and proved far too strong in the run to the line winning by 4 metres in a solid 1:56.5 mile rate.

In the process the winner relegated the Goulburn trained pair of Modern Attitude (Simon Locke) and Better Than Magic (Neil Day) into the minor place positions.

“She’s been going really well of late, and when she gets the right run, she never lets you down,” said Todd.

Sunday’s effort brought up career win 5 for the mare, and it was the perfect start to the new season for trainer Day. 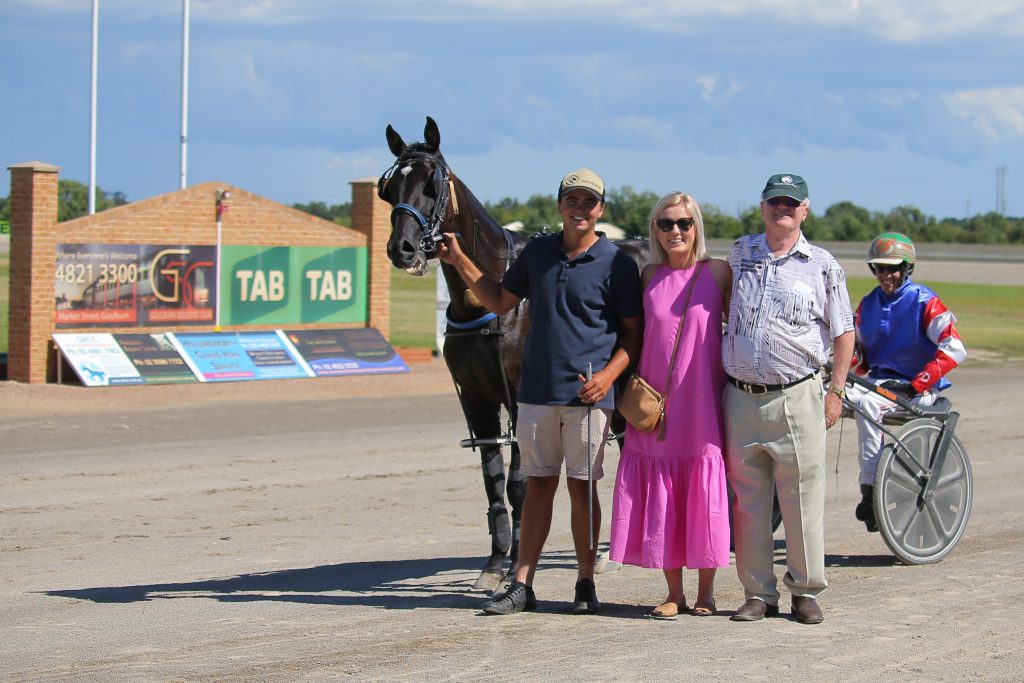 A resident now of the Western Slopes town of Young, Todd left Goulburn in 2015 to set up a training stable with fiancée Eliza Edgerton.

“We have 15 horses in work at the moment, and I’m doing some pre-training for Chris Frisby,” said Day.

Just 26 years of age, Todd is the son of Leanne Day and club president Dennis Day, and continues a long tradition in harness racing for the Day family.

Other winners on the afternoon included a double to the Murrumbateman stables of Corey Parker.  A regular to the Goulburn track, Corey prepared Nifty Rocket Man to take out race 2, the $8,976 RSM Accountants Goulburn Pace.

Driven by Sam Hewitt, Nifty Rocket Man sat midfield before striding up to be outside the leader and favourite Notmuchuptop as they approached the 400 metre marker.

In a fast 27.1 third quarter, Notmuchuptop galloped badly nearing the home straight leaving Nifty Rocket Man a long way in front as the field straightened for the run home.

Sitting outside the leader and favourite Maudy Braveheart, the Neil Day trained and driven mare careered away to score by 6 metres in a 1:57.6 mile rate.

Arma Miss is one of the 8 winners produced by the very good John and Kym Ridley owned broodmare Arma The One.  Others the mare has produced, and which are owned by the Goulburn brothers include Armalife, and the Menangle winners Arma The Gun, Arma Hotshot, Arma Naughty, and Arma Renegade.

Leading trainer and driver Brad Hewitt also made an appearance to the winner’s circle when Debutantes Party squeezed through a needle eye opening to grab a narrow win in the $8,976 TAB Long May We Play Pace.

Starting a solid $2.40 favourite, Chateaubriant raced clear of the field to score with ease from the Oneoutofthesquare for Crookwell trainer and driver Daniel Rowell.

Chateaubriant scored by 5.4 metres and recorded a nice 1:59 mile rate.

In what has been a great period of racing for the Mt Fairy trainer, Forrest continued his winning run Tuesday afternoon at Menangle when he captured a training double.

First up was Critical Advantage driven by leading driver Cameron Hart, and then Forrest combined yet again with Chateaubriant to take out race 3 as a solid $1.95 favourite.