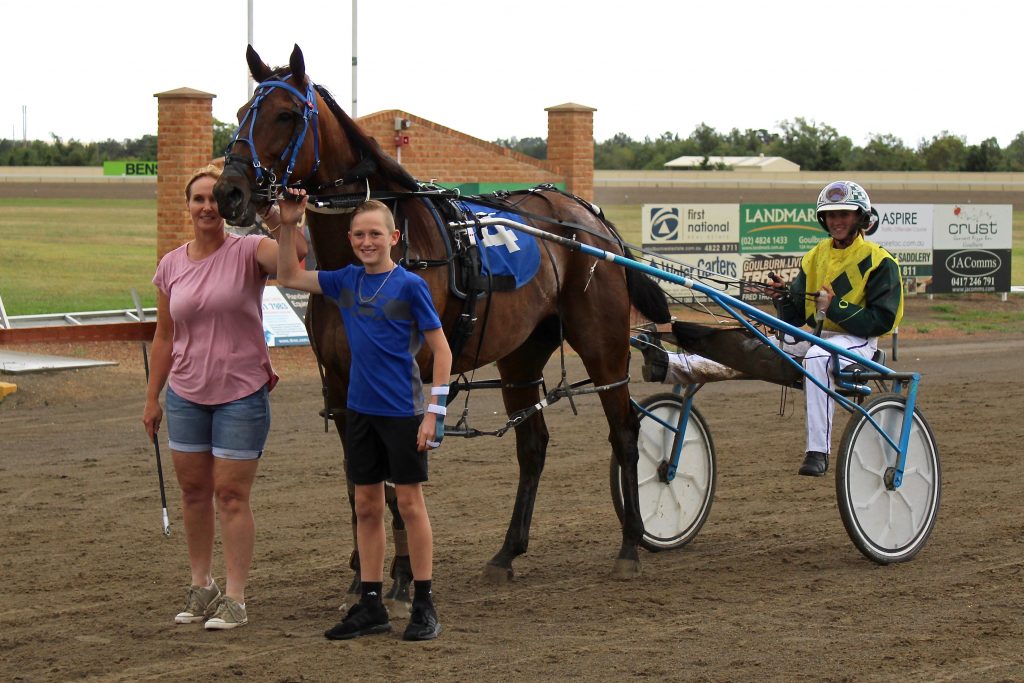 The Harness Racing Industry is one of the few professional sports that is also known for being a family sport, and this was reinforced at Goulburn on Monday, when five-year-old pacer Little Archie crossed the line in first place.

Driven by 16-year-old Taylah Osmond, the gelding, who is owned by Osmond’s mother Kylie and trained by grandfather Ian, notched up his second victory in a week for the family.

“I had originally planned to come out of the gate and try to slot in somewhere up the front,” the young driver said.

“But only having Archie for a few starts I wasn’t sure of his gate speed.

“We ended up further back than we had planned as he didn’t show much out of the gate and back 4 fence I was more worried that I wasn’t going to get a run into the race but I ended up taking the sprint lane.”

To make the win even more exciting, Osmond was able to prove victorious over her father Scott, who finished in third place.

Having only been driving competitively for just over four months, Osmond has already notched up three wins and eight minor placings in the sulky, however, she doesn’t plan on making a full-time career out of driving.

“I want to do horses as a hobby but hopefully work with horses my whole life,” the young reinswoman said.

Since purchasing ‘Archie’ the gelding has had three starts for the Osmond family, notching up a third and two wins.