The Canberra and Goulburn Harness Racing Clubs have unveiled plans for a $300,000 summer carnival of harness racing to be run over four consecutive Sundays in January and February of 2017. 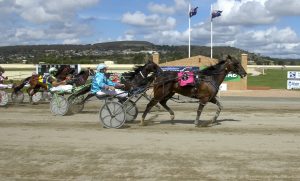 Commencing on January 15 with the Hewitt Memorial and Walla Walla Stakes race day at Goulburn, the action turns to Canberra on the January 22 where the Canberra Oaks and Derby will be decided.  The focus then returns to Goulburn on the January 29 for that club’s Carnival of Cups race day, before winding up on February 5 with the Canberra Cup meeting.

The clubs have coordinated their programmes to maximise the opportunities for participants and fans alike.  “This is only the start for what we hope will be a very productive season for both clubs,” stated Goulburn secretary, Mark Croatto. 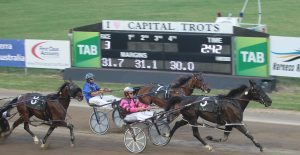 Canberra Club President, Wayne Gowland, is hopeful the summer carnival will bring a renewed interest to harness racing in Canberra and Goulburn , attracting owners, trainers and horses from far and wide to the region.  “The on-course stabling and training facility in Canberra allows us to accommodate trainers for as long as they wish at a very affordable price. They can race in Canberra and Goulburn during the Carnival and take in the many sites and tourist destinations of the Canberra region during their stay,” stated Gowland.

With the two clubs only 50 minutes apart, and given the challenges the sport is facing, it makes common sense for the two organisations to work closely together in not only providing the very best product for the harness industry, but to take full advantage of the benefits in promoting racing across the Canberra and Southern Tablelands Region under one banner.

Canberra and Goulburn race a total of 30 meetings per year with racing commencing in November and winding up in June.